Mushy Beds™ makes the original cuddle bed and was featured on Shark Tank. I love these little donut beds and so did the models.

The brief required us to scout 3 small-medium dog breeds in various colours and hair type, and to photograph each of them on the 3 different coloured beds and blankets Mushy Beds™ sells.  Nine final shots in all. All on white seamless.

The beds and blankets are meant to give dogs a sense of calm and relaxation and we wanted to show that in our photos. In order to do that, we hired models (pomeranian, poodle mix and french bulldog) that had a calm demeanour and one that I already knew was able to put their head down on command. (Shout-out to Milo, the pomeranian who I had seen do it before. That’s the benefit of testing models beforehand and having an active model roster!) As it turned out, they could all hold a ‘head down’ position which made the day easy.

You should know though that it is not all the magic of photography. The bed lives up to his claims at making dogs feel comfortable – Daisey, the frenchie legitimately fell asleep during the shoot!

The dog models were photographed in-studio one at a time to ensure that we maintained social distancing protocols.

Flip through to see gallery: 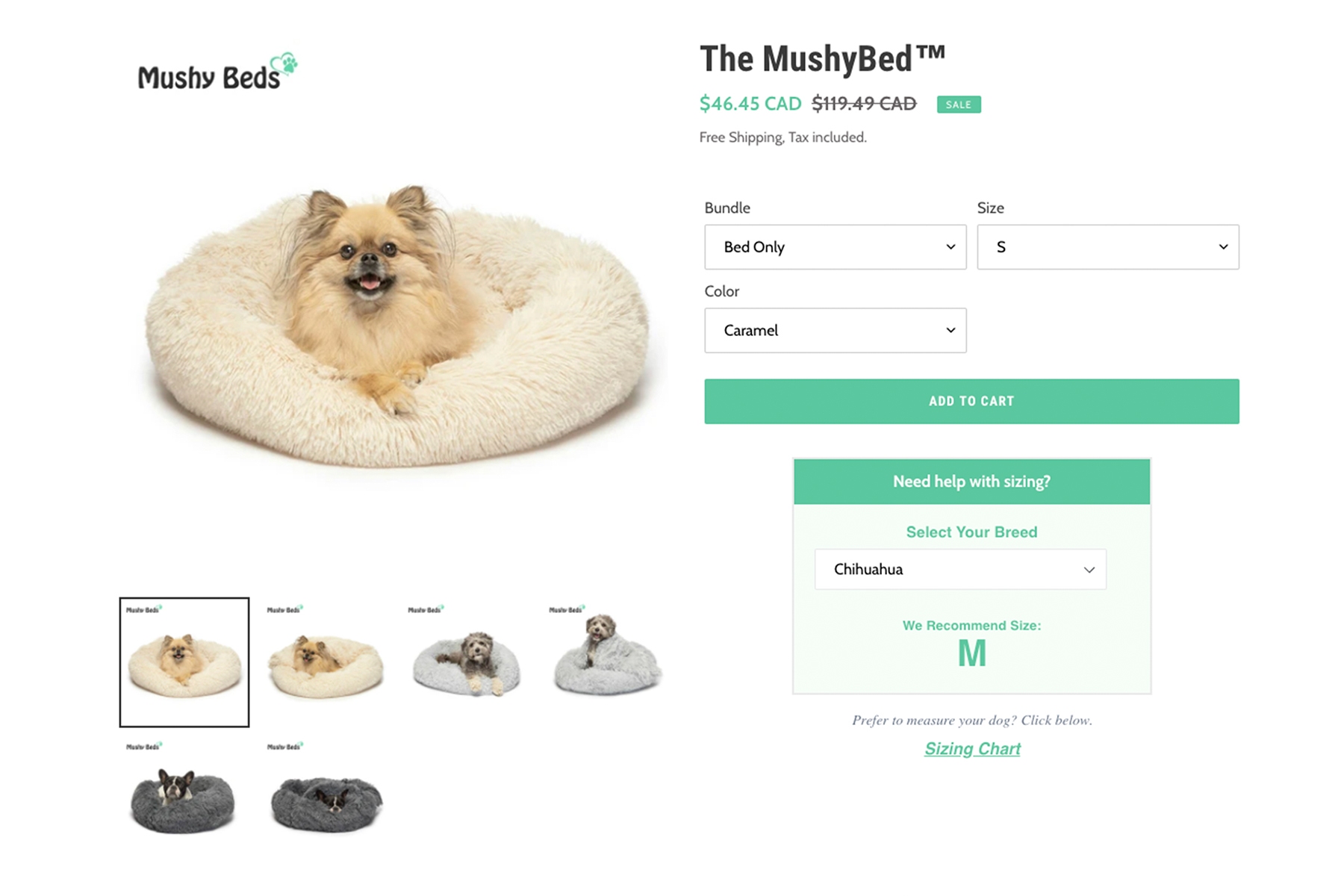 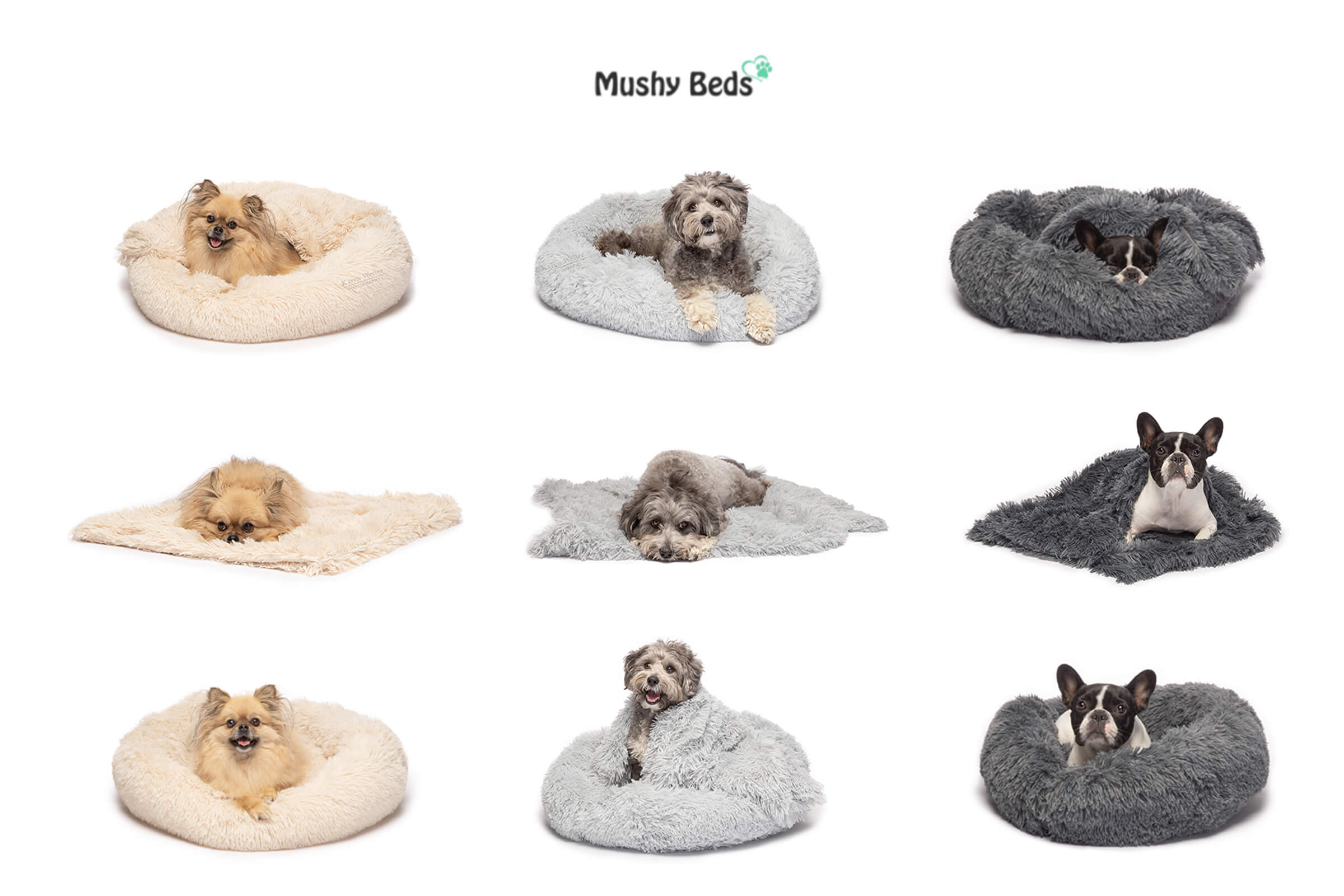